March 26, 2021 Netflix released a family-friendly musical called A Week Away. Rewind 4 years to spring of 2017 and that is when Wander Creative was introduced to the project.

Beginning more than two years before filming ever started, we had the privilege of working on the film during various stages of conceptualization, pre-production, production and post-production. Between 2017-2020, we helped with branding, on-set photography, filmed and did an edit of the final credits sequence, and we even helped put together a focus-group to help decide the film’s name! 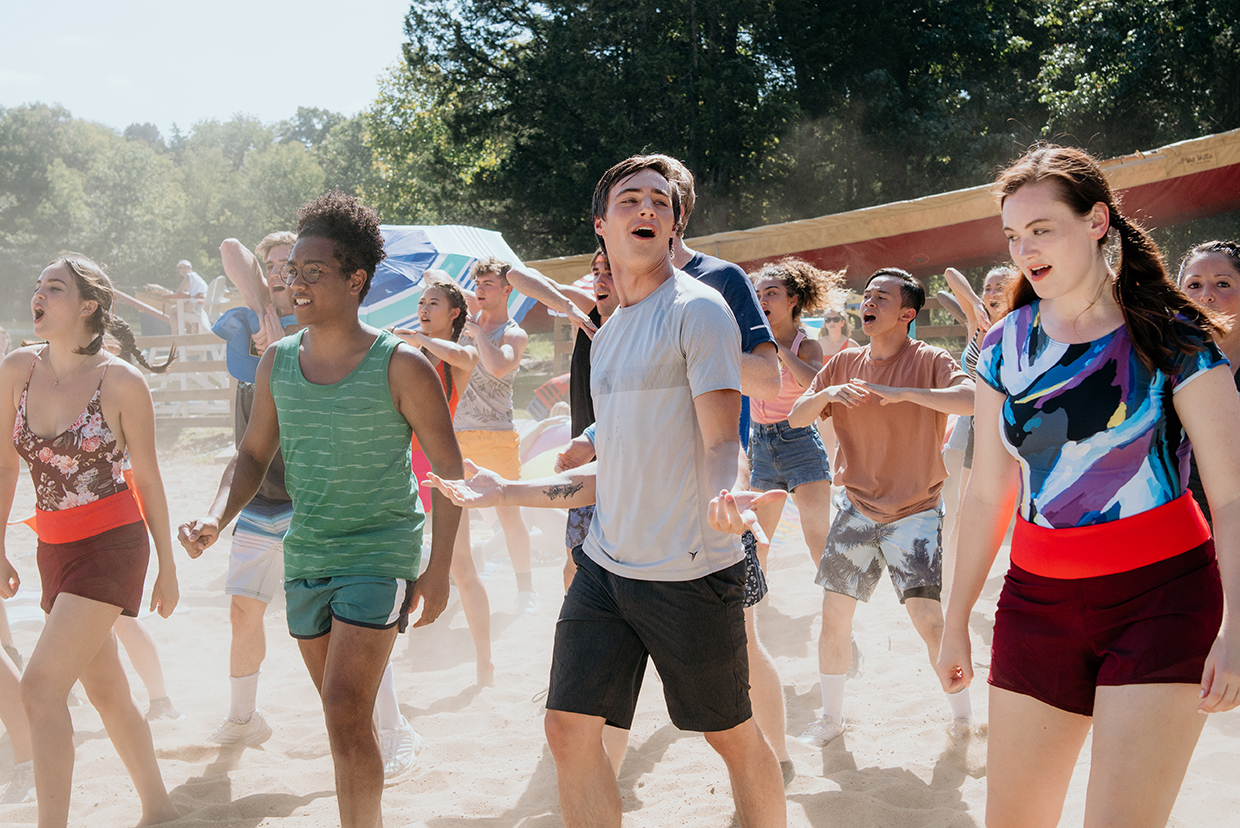 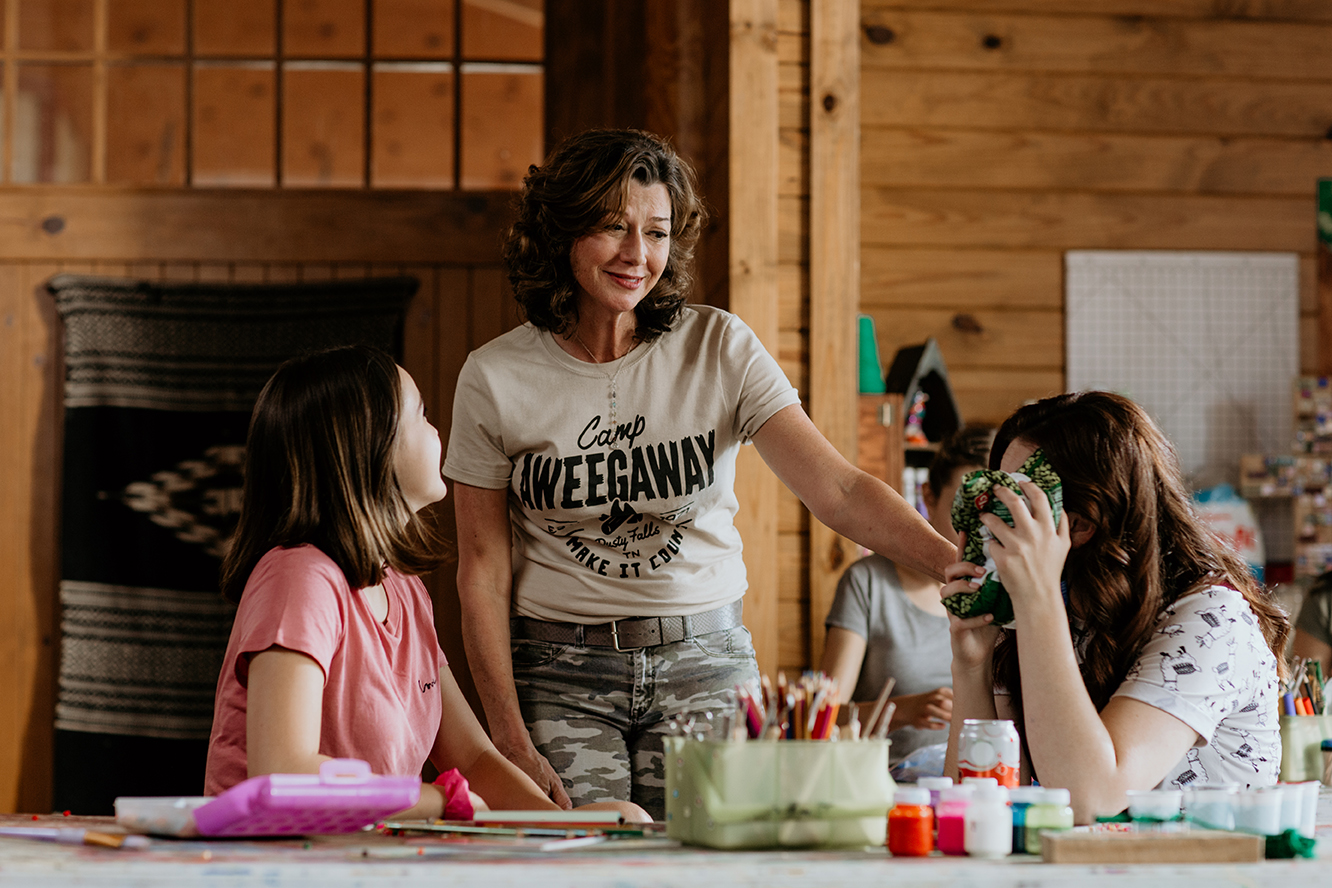 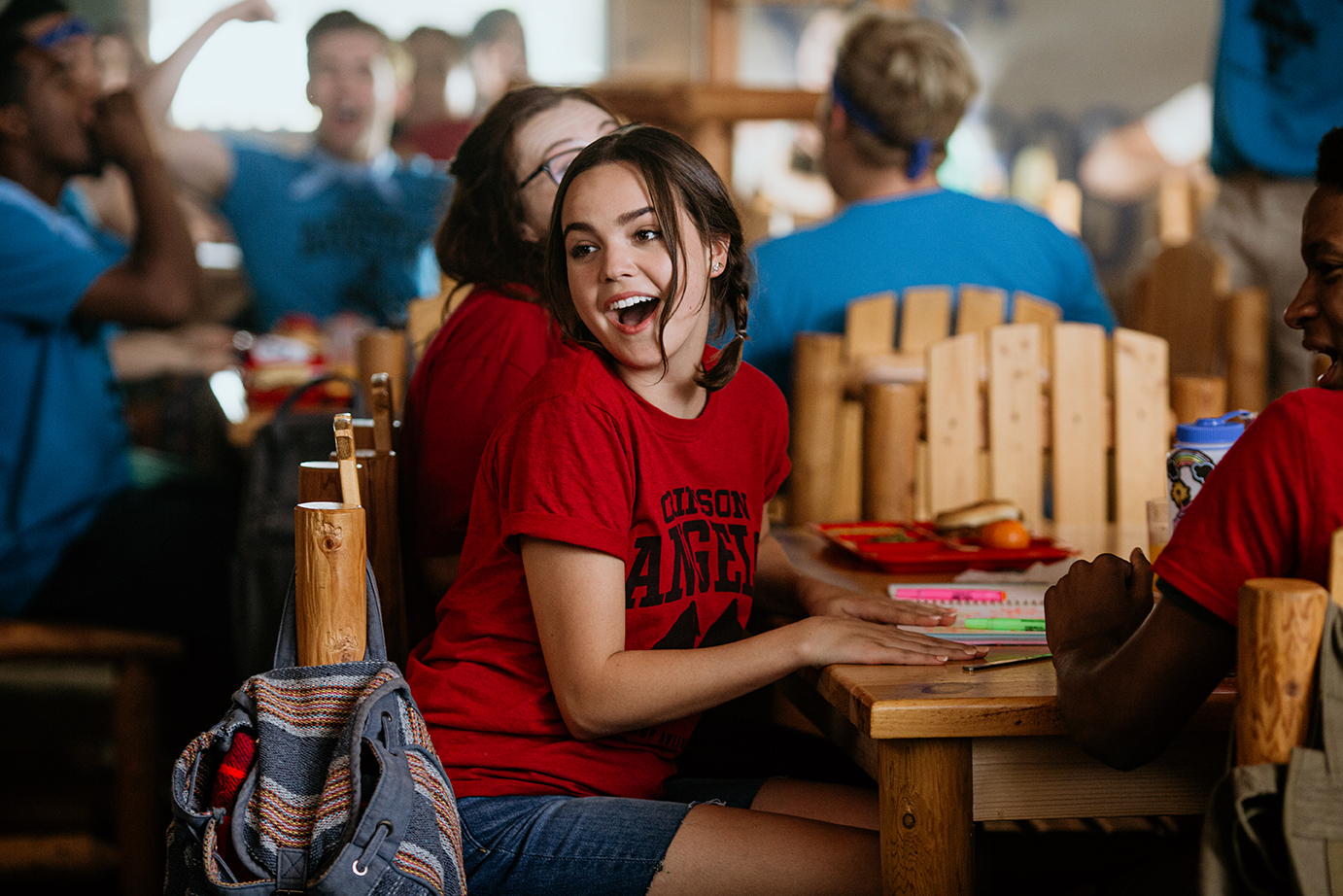 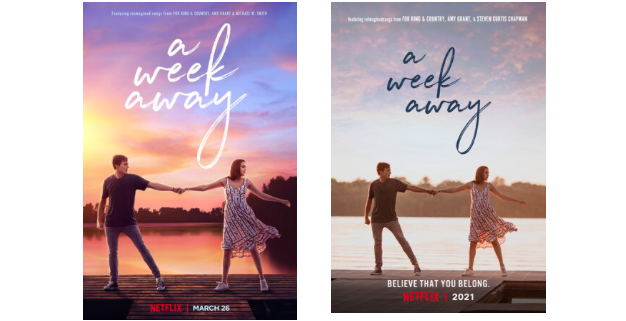 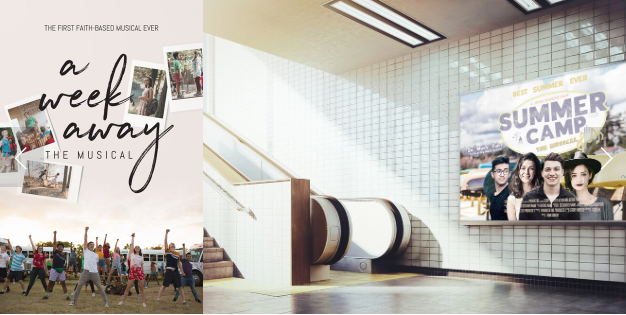 Below are a few of the poster mock-ups and early concept directions that didn’t make it. Most of these concepts were created before the name of the film had been decided on and before the cast had been put together. These were vision board ideas that we put together for the producers to help them pitch the project to potential distributor and financial partners as production neared. Ultimately these concepts weren’t used, but it is still fun to look back on them and to see how some of the stylistic themes made their way into the final brand direction! 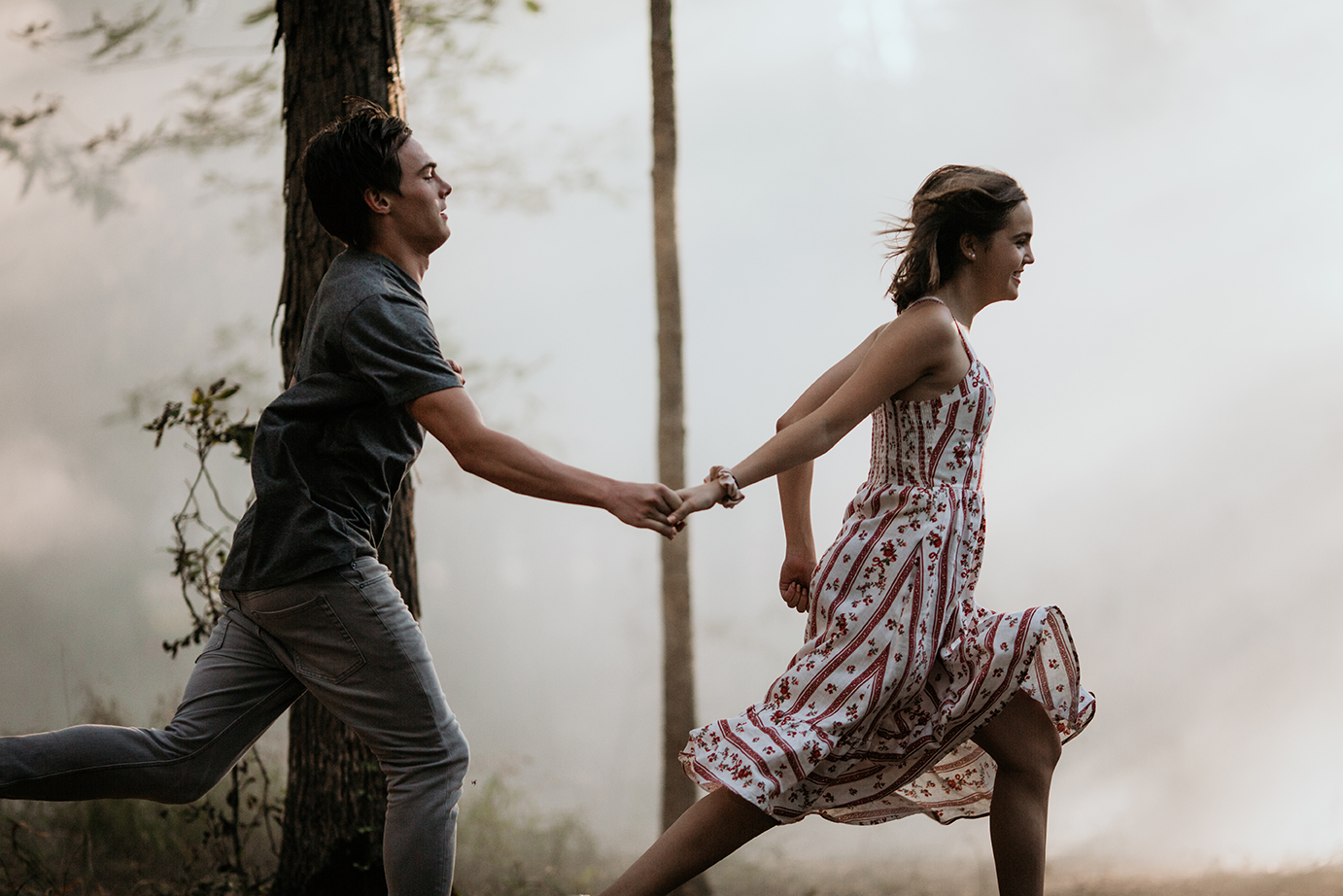 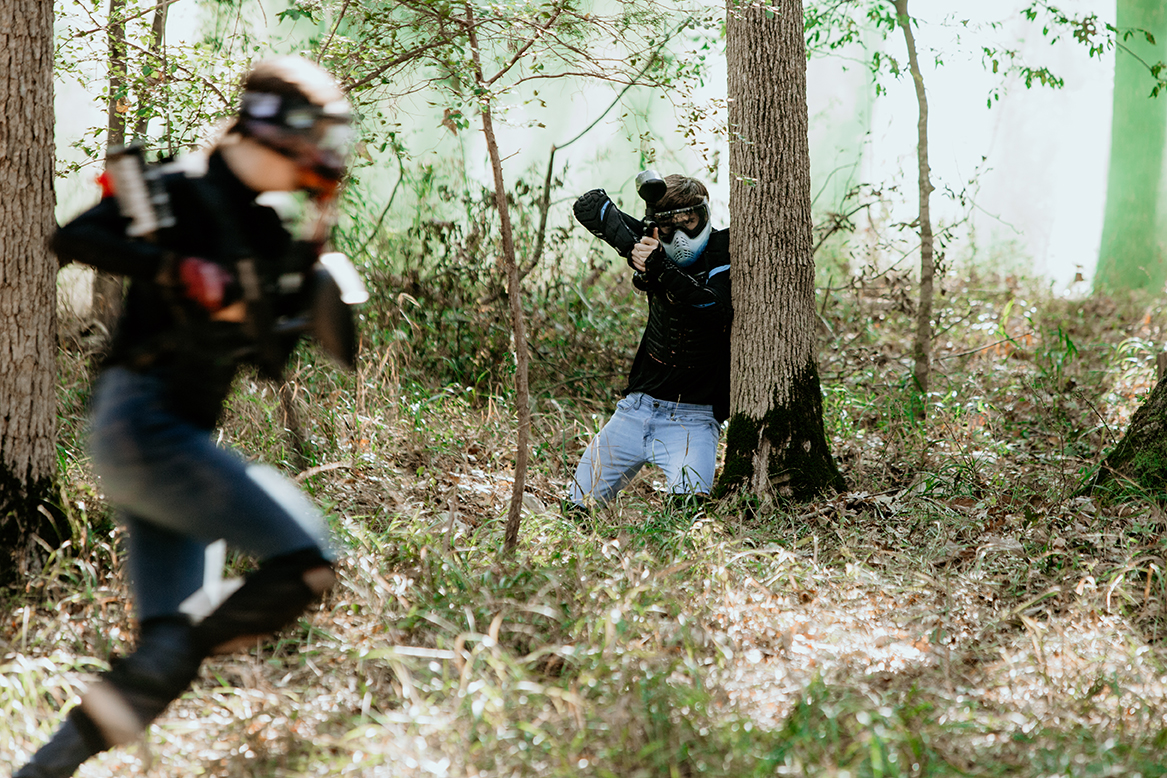 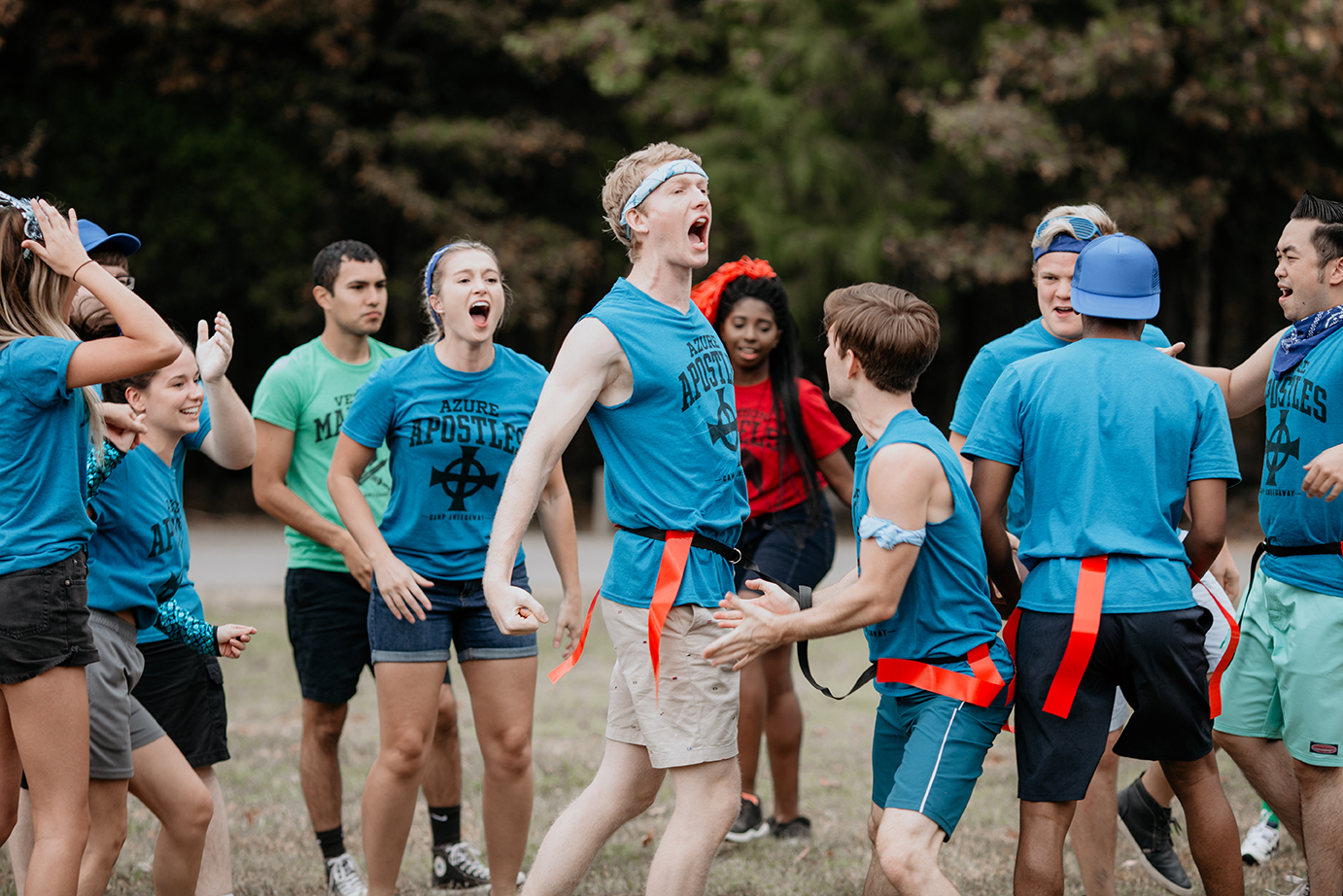 From Concept to Final

The first piece of content that we ever worked on for this project was a proof-of-concept video that the producing team used to pitch the idea for funding. We put together a skeleton crew of a videographer, assistant and two actors. We then spent a single afternoon out in the middle of the woods on the same lake that the actual film would eventually be filmed on more than two years later. Below is the 1 minute piece that we created. Also below is the “first-look” of the film that Netflix released for promotion. We think it’s pretty cool that the concept video that we created for the producers to secure funding for the film is the same song, and similar sequence, as what Netflix used to give audiences the first-look of the film!

On-Set Behind the Scenes

During production, we were on-set everyday capturing behind-the-scenes photos and videos (including the photo that would later go on to be used as the main Poster art for the movie!). While on-set, our role was to capture as many photos and video clips of the filming process as possible so that they could be used for press, marketing, and branding. When all was said and done we had 4 different Wander Creative team members clock over 350 hours on-set, captured nearly 20,000 images & video clips, and delivered over 1 terabyte of content (that’s a lot of data).

Looking for the Right Guide? We Can Help.

We are your one-stop shop for all things digital marketing, social media, and content creation. The landscape is constantly changing so we are here to guide you. 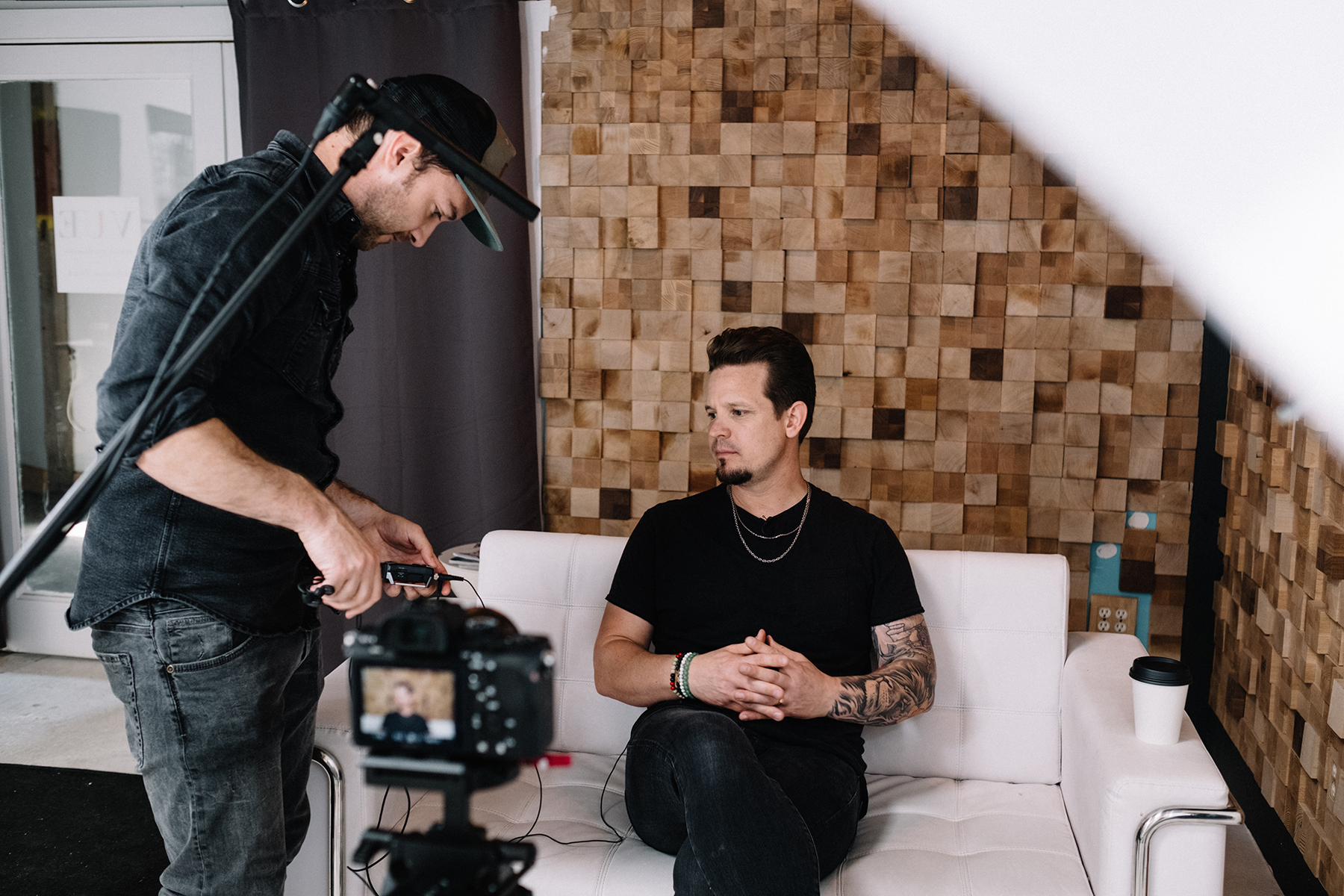 Close Menu
Cookie Consent
We use cookies to enhance your browsing experience, serve personalized ads or content, and analyze our traffic. By clicking "Accept All", you consent to our use of cookies.
Manage options Manage services Manage vendors Read more about these purposes
View preferences
{title} {title} {title}